Many years of intensive research and development culminated in a new type of engine, which combines the benefits of the alpha and the gamma type by simultaneously avoiding their disadvantages.

The alphagamma® technology lays the foundation for a very simple and cost-effective design that focuses on low maintenance and longevity while maintaining high efficiency.

If we look at the work distribution of pistons in familiar engine types, it is possible to draw the following comparison:

Note: The specifications are indicatory values and are derived both from measured values of manufactured engines and substantiated by isothermal and polytrophic calculation results. Depending on the phase angle, swept volume ratio and temperature ratio, a different distribution of piston work can occur.

alphagamma® technology reduces the work of the expansion piston by approximately half compared to the alpha type and by around 30% in comparison to the beta and gamma type. Both pistons perform positive work.

The novelty was confirmed in the German Patent No. DE102017109967 (A1). The core of the innovation is a connecting rod, which is led through the small diameter of a stepped piston and is mounted together with the second connecting rod on a crank pin.

However, the scope of this invention, which initially appears to be a simple device, takes on a dimension that is only partially illuminated in the advantages mentioned above. A simple mass balancing, accompanied by low vibrations and only five moving machine elements contribute to an extremely reduced, yet efficient construction of the new engine generation.

At this point, in order to avoid misunderstandings, we would like to emphasize that stepped pistons are not new in Stirling engine technology. As early as 1990, at the European Stirling Forum in Osnabrück, Budliger (Swiss) pointed out that displacement pistons – designed as stepped pistons – are capable of generating positive work.

We have asked Prof. Dr.-Ing. Bernd Thomas from Reutlingen University to analyze the alphagamma® technology and to write an expert opinion. For more than 30 years, Prof. Thomas has been working with thermodynamic machines, especially with Stirling engines and -chillers.

Take a look at his respectable professional career:

Furthermore, it was important to us to receive another independent expert opinion. We were allowed to get to know Dr. Michael Gschwendtner from Auckland University of Technology, who has been dealing with thermodynamic calculation methods, especially in the field of Stirling technology, for many years.

Please take a look at his work under the following links:

Along with the construction of the new alphagamma® Stirling engine, we developed a gas burner that is precisely matched to the requirements of high-temperature heat transfer and is particularly suitable for use with low-emission and special gases of biogenic origin.

Both, the long-term stability of the engines as well as the exhaust gases of the burner equipment, are continuously monitored on the company’s own test benches and in test operations at future customers.

Please follow the latest results in our news releases.

Currently, there are machines with 660ccm displacement and a mechanical shaft power of 7,5 kW in use: 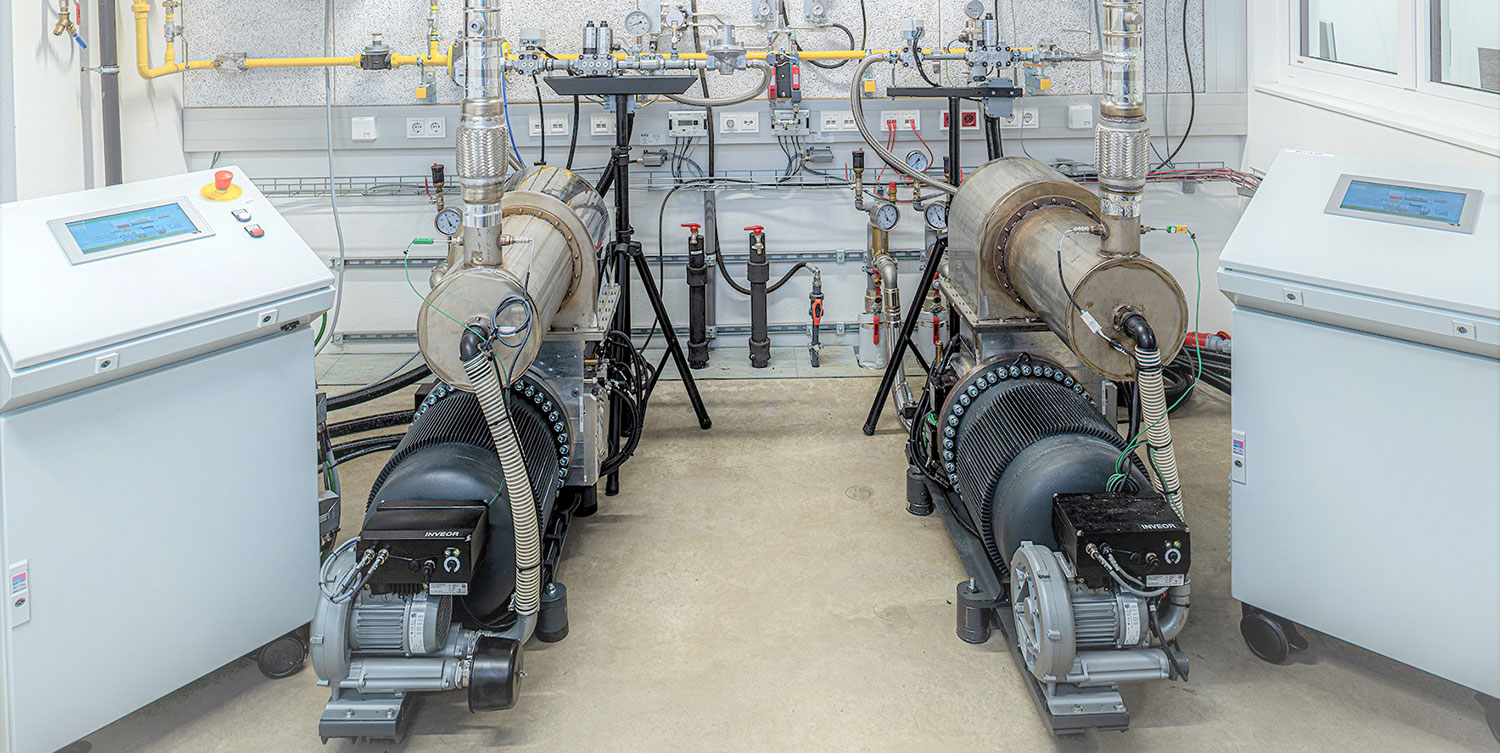 Frauscher Stirling engines, based on the alphagamma® process, form the basis for further research and development work. Here, we focus on the power generation from solid biomass as well as on the development of more powerful engines.

An exciting development goal is the application as an auxiliary power unit, for example for the on-board power supply of parked vehicles.

Improving the power-to-weight ratio is another task that challenges us.